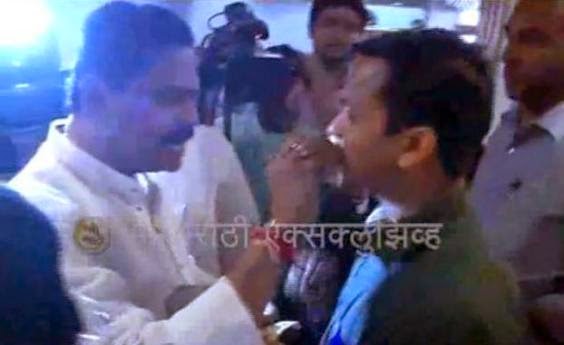 It has been 2 months(approximately) since the BJP came to power. Till now the Indian media couldn't get any worthy news.So all these days they were giving extra importance to rapes.We will not be surprised if any TV channel starts a show called 'rapehour' to telecast about rapes alone.Finally they have got something for which they have been starving all these days.This is the flash news in all tv channels. A Shiv Sena MP forced a Muslim,who was fasting, to eat food.

Our television channels cooked up their own story.One channel said,he was forced to break fast.Almost all the tv channels and most of the newspapers carried out headlines as "Shiv Sena MPs force Muslim staffer to break Ramzan fast".http://timesofindia.indiatimes.com/videos/news/Shocking-Shiv-Sena-MPs-force-Muslim-staffer-to-break-Ramzan-fast/videoshow/38910628.cms .

The MP's defence is that he was not aware of the staff's name and was only trying to grab the attention of the authorities to the poor quality of food served at Sadan.His defence and excuse is very much acceptable.If this is something like an incident against Muslims,one MP would not have directly fought with one Muslim staff.Personally, I have never supported Shiv Sena or the Thackreys.I condemned the arrest of 2 girls for their comment on Bal Thackrey.In this same blog,so many times I have criticized/mocked Shiv Sena. I am not a fan of their politics.But this incident only shows,how much eager the Indian media is to create tensions between Hindus and Muslims for their marketing purpose.The issue is simple - a Shiv Sena MP force-fed an employee in New Maharashtra Sadan.

Shiv Sena's official mouth piece Saamna has carried out an article defending the MP.It says the MP was not aware of the fact that the employee was a Muslim.It further argues,the media didn't mention that the person who raped a school girl in Bangalore was a Muslim.

Recently, a Muslim teacher in Bangalore raped a small girl in the school even after having roza, but media is not speaking about this. 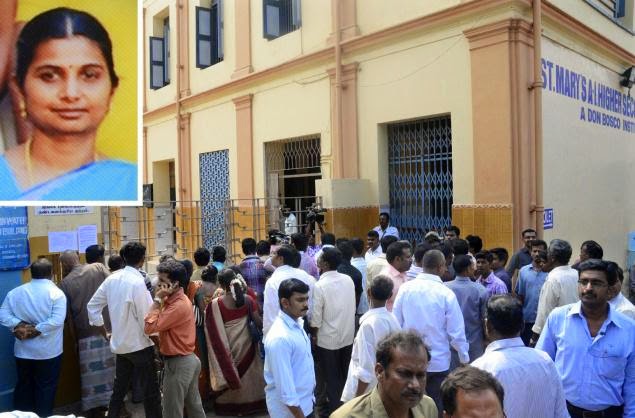 Let it be.One may very well argue that this is Shiv Sena's official mouth-piece and may not be ready to accept what is mentioned in that article.Let us recollect an incident which happened in 2012.A school boy killed his Hindi teacher(Uma Maheswari) for complaining to his parents about his poor academic performance.He was just a 9th standard student and the fellow had come prepared to attack the teacher with a knife.

What is the connection between this incident and the force-feeding incident?Let me explain.

The boy who killed the teacher was a Muslim.His name is Mohammed Irfan.Not a single newspaper or television channel carried out headlines like 'Muslim boy murders school teacher'.It only said,school boy murders teacher.And this bold newspaper The Hindu which is jumping to earth and sky today against the force-feeding incident,didn't even mention the boy's name then.It only reported,

A teacher was stabbed to death in the classroom of a private school here on Thursday, allegedly by a 15-year-old student who was upset at being repeatedly reprimanded by her for not doing well in studies.

This is yet another example for our media's hypocrisy.The Hindu's(Tamil) facebook page has shared the statement of Kashmir CM Omar Abdullah.Omar asks,what will be the reaction of Shiv Sena and BJP MPs if a non-muslim vegetarian is forced to eat meat?Well,the Hindu has always remained un-Hindu.By sharing such news items selectively, these tv channels and newspapers create enmity between the 2 religions and they make money out of this enmity.

So many times I felt this - most the Indian media are against Hindus. The way our media reported this incident, only confirms this.
Posted by Harish.M at 12:29 PM