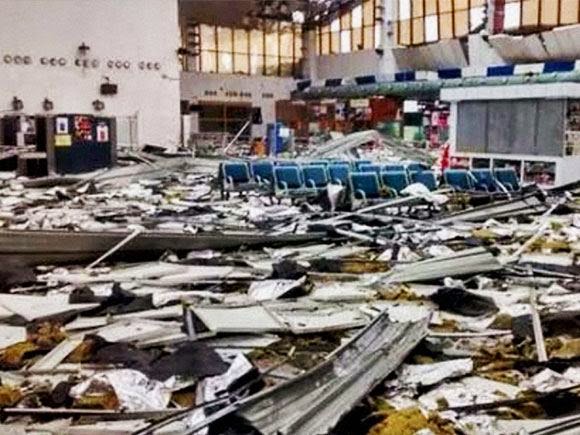 Earlier it was Kashmir,then it was Assam,now it is AP.People have suffered a lot due to cyclones and floods this year.Every natural disaster teaches us some lessons,the most important one is 'power of unity'.During Gujarat earthquake,whole nation shared the grief and contributed as much as possible for relief works.During Tsunami too,we stood united.Infact,those days there was no social network. Still the entire nation contributed.Today,with these many advancements,we should contribute even effectively.  Even during the recent Uttarakhand and Kashmir floods,people never hesitated to help.

This is what the Tamil poet Thiruvalluvar says,

Explanation : Even in ruin there is some good; (for) it is a rod by which one may measure fully (the affection of one's) relations.

Its time to help Andhra Pradhesh.Already people of AP were upset with the bifurcation of their state. Now the nature too has not spared them.The AP Chief Minister,Mr.Chandrababu Naidu is doing a great job by spending most of his time in organizing the relief works.The PM has announced Rs.1000 cr as relief fund.AP still needs help.It was sad to see people fighting for food.As I used to say always, our contributions,collectively,can be of great use.There is no compulsion though.Those who wish to contribute can refer to the below link.

Andhra Pradesh Government has opened a current account in the State Bank of India to enable people give their donations to the victims of ‘Hudhud’ cyclone in Visakhapatnam, Vizianagaram, Srikakulam and East Godavari districts.

http://www.thehindu.com/todays-paper/tp-national/tp-andhrapradesh/ap-opens-sbi-account-for-donations/article6509293.ece
Posted by Harish.M at 11:18 AM No comments: Links to this post