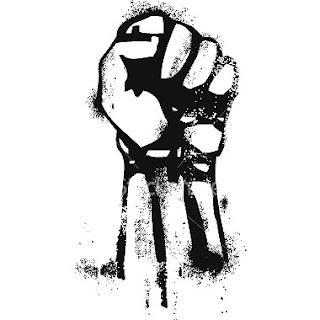 "Change is something which never changes" - almost everyone of us are aware of this saying.But still why this question?Why did I get the doubt that, whether certain changes are possible?As the saying suggests,so many things have changed in the past.People started worshipping godmen more than the God itself,drinking habit,which was considered a bad habit long long ago,is now being considered as an act of pride among the educated society,nowadays people feel proud, in calling themselves, belonging to a so and so community rather then being called as an Indian, like this the society has seen so many changes..But these changes has not done anything good to this nation and now the time has come,to change again.


Last month,I had a casual discussion with one of my friends.He has the habit of reading headlines in the newspaper and passing comments about it.The news was something like the opposition parties accusing the Prime Minister for appointing P J Thomas as Chief Vigilance Commissioner,who himself(Thomas) is facing charges of corruption.There were also other issues like 2G Spectrum,S-band spectrum etc in the front page.This fellow as usual,after reading the headlines,started commenting as follows :


"what non-sense is this?daily I am able to see different scams in headlines.. 2G,CWG,Adarsh etc..everyday starts with this kind of news only..God save this nation.."


I asked him,"r u a BJP supporter or what?or do u support Communists?u r bashing the Central govt like anything,so tell me to which party do u support?"


"I don't support any party dude..every party is corrupt..the BJP and Communists are no saints.."


Then I asked him that to whom did he vote in the recent Lok Sabha elections..he replied:


"am I an idiot or what to waste my one day leave to vote for these useless people?"


This is the reason for large scale corruption in India.People hardly bother about what's happening around them.The fellow is not even bothered about his right to vote,but he will pass comments about politicians and will move away..Remember people,if we really want to change the governing system,then we should take part in it...There are many like this..I would also like to mention another incident here.


My another friend,who is working in HDFC bank,was abusing the state govt like anything,as the road is not good in his area..To be more precise,there is no road at all in his area..Then we had a conversation as follows:


Me : On what merit you voted for him?Is he really a good candidate?


My friend : Don't be an idiot expecting good candidates in politics :D..He gave me 2000 rupees and asked to vote for him..I did it..


After this I scolded the guy badly..This is actually happening everywhere.. This is also a form of corruption..Infact the worst form of corruption..If you r casting your vote for money,it means that the candidate has bought you.. You are not only selling out your vote,but also your respect and self-esteem..Can you question your MLA anymore?Do you have the moral right to question him?If you ask him,he will give a simple answer - "u got the money before voting right?you should have thought about this before getting the 2000 rupees"..


If someone offers something for free,we should never hesitate to say "No". The politician is bribing us because he is sure of the fact that he can't win on his merits.Before some months,the govt of TN, announced flood relief funds. I came across a news regarding this.Some people died in the stampede while getting the relief funds.Among them 5 people were IT professionals.For few hundreds of rupees,these people lost their precious lives.Inspite of earning thousands per month,they didn't want to miss few hundreds of govt money. I was really disappointed when I read this news.

Understand the fact that,a transistor,that we buy using our own earnings, is more valuable than the govt supplied color TVs or laptops.By giving these freebies,the govt is making the people as beggars.Its a real pity that,not many realizes the fact that these freebies are given by spending our own tax money.The govt should instead, use this tax money to bring some real development scheme,providing jobs for people..If we have a job,we can buy a TV,fridge,Set top box :D etc on our own..If all the tax money is spent on freebies,from where will the govt get money to lay roads or to install lights?


We can't change the minds of those politicians who are bribing us,but we can change ourselves.When will a nation prosper?Only when its citizens follow the ethics.Unethical life doesn't stop with corruption alone.It includes drinking,illegal relationships,burglary etc.As long as we don't have any bad habits like drinking,smoking etc., we will have sense of satisfaction.We may argue with people around us that these habits are not bad and we may also win the argument,but there is something called inner-conscience,that will never allow us to remain peaceful.


There is a culture spreading in the name of night life nowadays and people say everything is for fun.And some people also go to the extent of saying that we should enjoy the life.Always we should remember that our mistakes will definitely haunt us till the end of our life.


I have written so many things,now you may very well think that what's the use of writing all these stuff here?You can also think that,"this fellow is going overboard..he is writing so many things,is he 100% perfect?" - I will give an honest answer for this question that "I am not 100% perfect"..Not only me,nobody is 100% perfect,but we should always try to be 100% perfect and we should give up the habit of justifying our mistakes.

Do you really think that writing all these stuff in a blog will make a difference?It CAN make a difference.Hosni Mubarak,a ruthless dictator who ruled Egypt for 30 years,was driven out of power following huge protests by the entire nation.You know what triggered such huge protests?It is the facebook status updates,twitter tweets and blog posts.See the pic below: 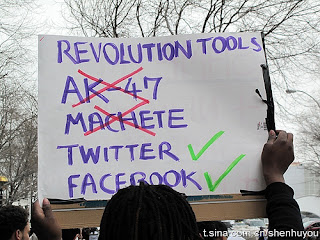 We can use Orkut,Facebook,Blogs,Twitters etc in an useful way by sharing some valuable informations, instead of using them only for flirting.

Note : Whatever written above are just my views,I am not expecting anyone to buy my views,just sharing something which I felt will do some good.

Good one da!! Every one should know who we are and change can be happen with a single vote!! Jai Hind!!

good post pa.. why don't u try to publish these posts in newspapers

@Anonymous - Thanks for your comment..we should do everything that is possible to create an awareness..

A request - don't forget to mention ur name next time :)

Jagan - Looking for such an opportunity.. With God's grace it might happen soon :-)

Narayanan sir - Thanks for your encouraging comments :-)